The Aria Resort & Casino in Las Vegas opened in 2009. In conjunction with the in-house design team MGM Resorts International, Las Vegas we created a magnificent chandelier for the Gem Bar. Inspired by gemstones, it is an unmissable light of twisted glass gemstones perfectly placed to suggest a lovely necklace.

Flash forward to 2016 when the property began a refurbishment and expansion project which was completed two years later. Preciosa was called on once again to create some special lighting, this time for the resort’s new convention space which was built to LEED Gold standards. We produced lighting for three ballrooms. The challenge with all of them was the ceiling height, ranging between 19 and 21 feet. We designed beautiful pieces that were not only decorative but would also complement whatever event happened to be held in the multi-purpose spaces. 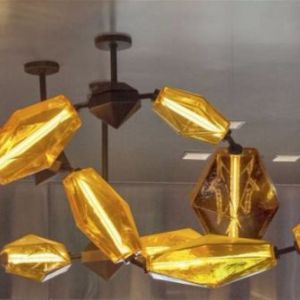 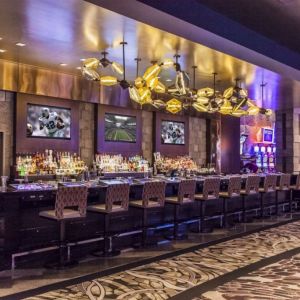 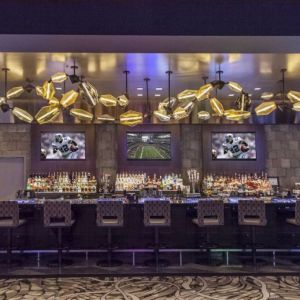 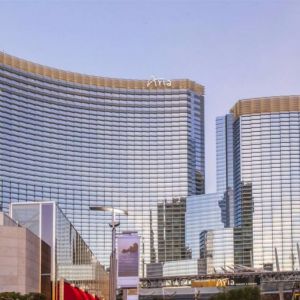