Kavárna Myšák is a Prague and Czech institution, albeit in a modern form. The original Myšák had its heyday in the First Republic and was the place for politicians and celebrities, for those who wanted to see and be seen; while enjoying a slice of cake, of course. Time was not kind to the café and eventually the Rondo-Cubist building that originally housed Myšák collapsed in 2006.

With a sweet tooth and a taste for nostalgia, the café was painstakingly reconstructed, using only period photographs to keep as much of the original Myšák design and charm as possible. The reinvented café opened its doors in 2008, complete with a touch of Preciosa.

Preciosa Lighting worked with Prague architectural studio Olgoj Chorchoj to add light and sparkle to the café’s two floors. The sparkle definitely comes from the historical Maria Theresa chandeliers which add to the café’s opulent, yet modern style. A whimsical touch can be discovered by patrons who look closely at the lighting on the second floor. Based on the design by Olgoj Chorchoj, Preciosa created simple chandeliers with white lacquered bases and hand-made crystal figurines.

Designers took inspiration from two very different sides of history for this custom lighting. First, the traditional possibilities available for creating hand-crafted glass and metal objects in Preciosa’s factory and second, Myšák itself. The café’s original treats boasted a range of sweet-to-eat animals and the décor also featured interesting motifs to be inspired by. Olgoj Chorchoj used these ideas to include different crystal objects on its lighting, including mice, snakes, and pineapples. A little unconventional, but definitely memorable! 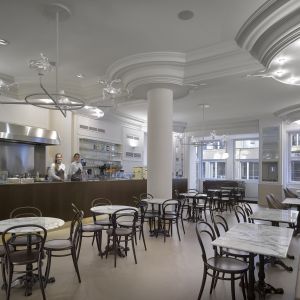 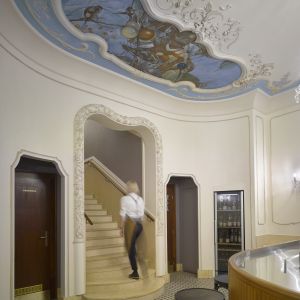 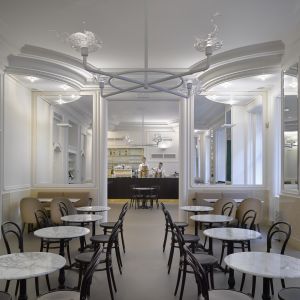 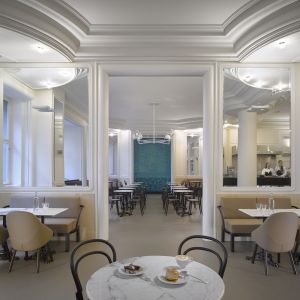 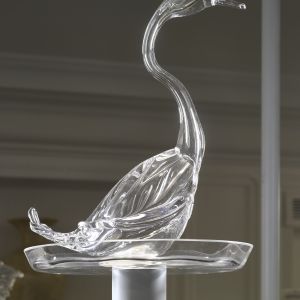 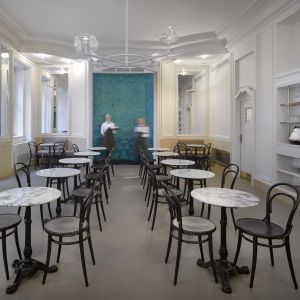 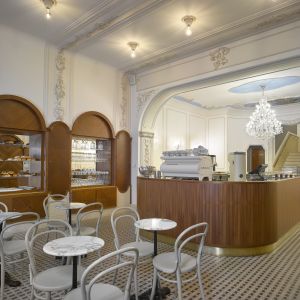 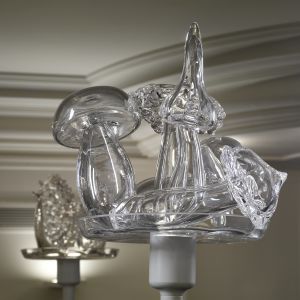 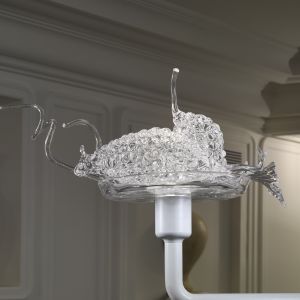