Mayfair is an area of central London, by the east edge of Hyde Park, in the City of Westminster. The district is now mainly commercial, with many former homes converted into offices for major corporations headquarters, embassies, and also hedge funds and real estate businesses. There remains a substantial quantity of residential property as well as some exclusive shopping and restaurants, as well as London's largest concentration of five star hotels. Rents are among the highest in London and the world.

Mayfair is named after the annual fortnight-long May Fair that, from 1686 to 1764, took place on the site that is Shepherd Market.
Preciosa realised 7 meters long staircase lighting fixture in one of luxurios private residences in Mayfair district. The fixture weights around 450 kg and composits of crystal and smoky taupe to clear leaves with silver mica. 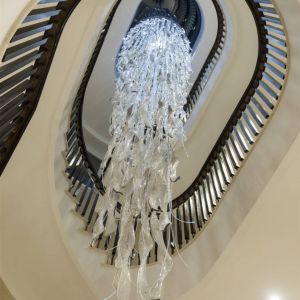 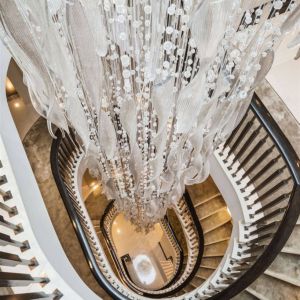 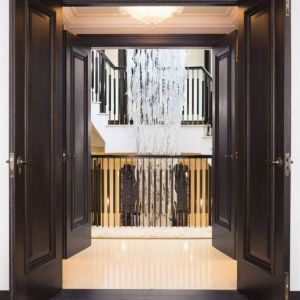 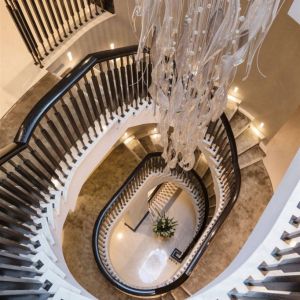